S2 E1 | Everything is Magic with Andrew Evans

Do you remember when you were a kid and being fascinated by everything in the world? Barely, right? Somewhere in between playing make believe and taking standardized tests we grew up and the world stopped being magical. Andrew Evans is one of those rare people that lives life like it is magic everyday because, well, he's a magician! From the time Andrew was a kid he has lived with a sense of wonder and curiosity that has not left him as an adult. A few years ago Andrew started doing magic shows in the backyard of his apartment in San Francisco. He grew a dedicated following and aptly named his show and the space The Magic Patio. Andrew has since moved The Magic Patio to a dedicated public space and is hosting regular sold out shows. I was lucky enough to have the conversation with Andrew right in the new Magic Patio space. A couple weeks prior I had attended his show so it was such a treat to be in the space to talk about Andrew's playful perspective on life. 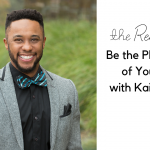 S1 E10 | Be the Playologist of Your Life with Kai Dickens