Antoine Joyce grew up poor in Brooklyn, New York and much of what he knew about life was within a five radius block. He was smart and outgoing but once he was placed in a predominantly white school, he felt insecure and started failing classes. One day he stumbled upon his cousins practicing a dance for a talent show. Jokingly he said, "Oh, I can do that too" and he imitated their movements. Before he knew it he was performing at an All Stars Project talent show. A few years later he was flying first-class around the world producing DJ Grandmaster Flash's shows. These days Antoine is the city leader for the Dallas chapter of the All Stars Project, the organization that helped him see that a life was possible beyonds the five block radius in Brooklyn. The All Stars Project uses performance and play-based programs to transform the lives of youth in poor communities. He is helping next generation of poor youth to see bigger possibilities for themselves. 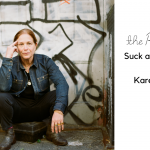 S2 E5 | Suck at Something with Karen Rinaldi 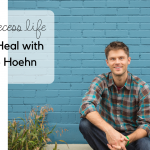