As an immigrant and refugee the last thing on your mind would likely be anything creative and playful. For Chinese-Vietnamese immigrants Paul and Millie Cao, this was their story until a few years ago. The documentary short Walk Run Cha Cha explores their story of fleeing Vietnam and how they are reinventing themselves now through ballroom dance. In this episode, I spoke with Laura Nix, the Oscar-nominated director of Walk Run Cha Cha about her process in creating the film and the themes she explored around dance, immigration and reinvention in middle-age. We also talked about how Paul and Mille's story relates to my parents' story of being immigrants and refugees. In this conversation 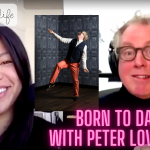